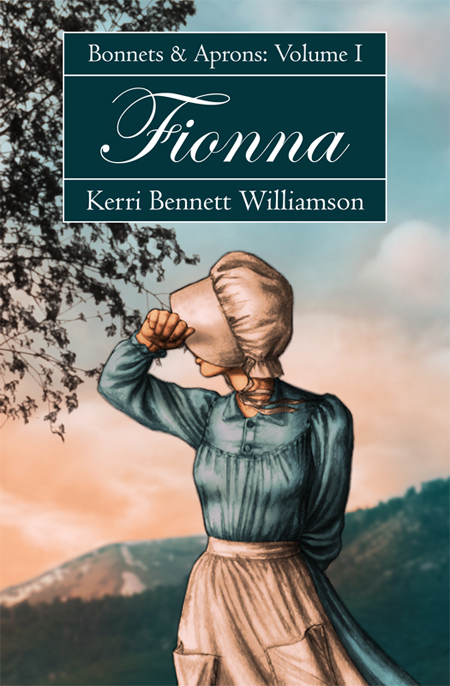 From the back of the book:

Upon the sudden death of her mother, nineteenth century Fionna ardently endeavors to fill that honored role for her younger siblings. When their father remarries, tentative hopes that their father’s new wife will come to benefit their family with added happiness, are trampled by the harsh reality of their bitter stepmother’s selfishness and their father’s continuing indifference. Sacrificing her own romantic prospects for the greater good of her younger siblings, Fionna struggles to guide her sometimes imprudent sisters towards better matches than their vain flirtations might secure them. As time and circumstances pass, Fionna stoically resigns herself to life as a spinster, as her younger sisters begin to marry off and move away one by one. Fionna ultimately fears that her selfless dedication to her brothers and sisters may have forever closed the door to a future with the one man she ever loved.

I’d been reading Little Women again, not to mention many other North American and very English feminine classics in that general genre realm, and I’d been thinking about my American pioneer ancestors. Especially the women. Since I was a young girl, I’d always liked imagining myself ‘living in olden days’. When I rode horses or played on my grandparents’ and cousins’ ranches and farms, it was pretty easy to go back in the day in my head.

I guess I ended writing this more mid-west, and my own tale of young women. Sisters. Their differences and what brought them together or put them apart. Bonnets and Aprons was originally one book. A two part novel of some length. It quickly became clear that it would make a better pair. I wrote no outline nor planned out much of anything. I got in the old-fashioned story canoe and wrote it as it unfolded itself to me.

“Bonnets and Aprons: Fionna” is available in paperback and Kindle editions on Amazon: